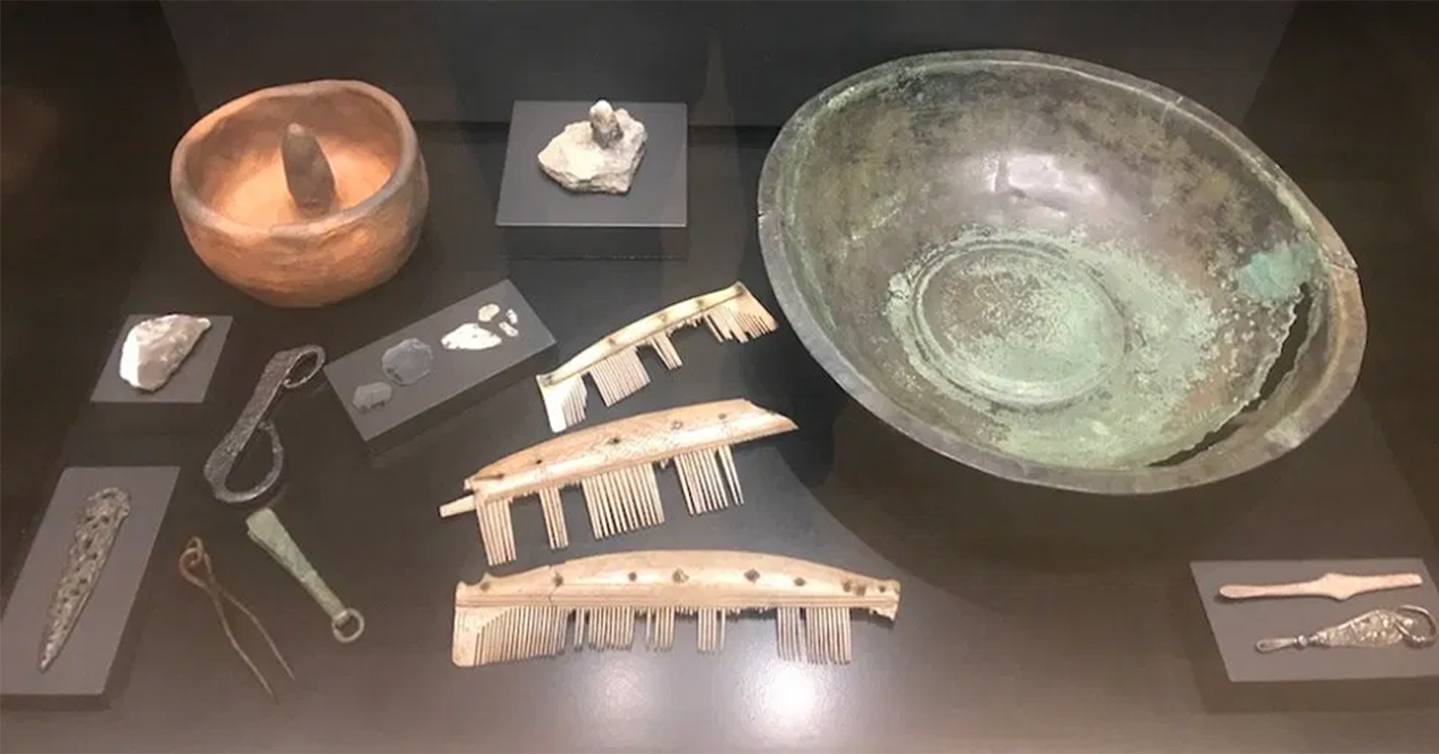 Most of the artifacts we encounter online and in history books focus on war: swords, shields, helmets, and other artifacts of warfare. Less focus is placed on everyday items, such as, interestingly enough, tweezers. Yet, everyday items offer us a far better glimpse into life in Viking Age Scandinavia than their weapons. The breadth of tools and items the Vikings used that mirror today is astounding. As far as we think we have progressed in 1,000 years, many things, such as telling our children not to run with scissors, have not changed. Here are 10 Viking artifacts you never knew existed.

Trade was an essential part of Scandinavian civilization during the Viking Age. Objects from all over the world made their way back to Scandinavia, including this bronze statue of Buddha discovered in Sweden. Archeologists have dated the figure to the 6th century and believe it came from northern India.

Personal style took a central role among Viking Age Scandinavians. Particularly in regards to jewelry, Viking Age finds have revealed a myriad of valuable objects, including this glass pearl necklace found in Gotland, Sweden. Glass was not readily made in Scandinavia at the time, and so the beads to make the necklace were likely imported.

With so many valuable objects, Viking Age Scandinavians devised many ways to protect their wealth. Locks and keys were common, and often resembled this key, found in Sweden. The key is made of bronze, a sturdy metal that does not rust like iron or steel.

With so many keys and no locksmiths a phone call away, Viking Age Scandinavians made keychains to organize and store their keys. Pictured here is a keychain attached to a brooch, which would have been worn by the head of the household. Women ran the home, and so they held all the keys.

Keys must open something. Pictured here is a jewelry box found in Gotland, Sweden. What makes this jewelry box so interesting is that it combines several motifs, including a combination of pre-Christian and Christian iconography. The box dates to the latter part of the Viking Age.

Slavery was central to Viking Age Scandinavian society. Proof of the use of slaves abounds, including this iron neck collar thought to have been used to keep a slave. Slaves were captured from all over the world and sold at markets across Scandinavia to allow farmstead owners to boost their labor supply.

Funeral practices in Viking Age Scandinavia crucially differed from their Christian neighbors: where Christians buried their dead, Scandinavians cremated them. Except for the super-wealthy elite who could afford a ship burial, most of the dead were cremated and their remains stored in urns. Pictured below is an urn found in Sweden in which the ashes have (partially) remained preserved.

Ships harnessed the wind to sail the seas, and no tool has helped sailors more over the centuries than weathervanes. Weathervanes help sailors determine the direction of the wind to help them set the sail correctly. Pictured is a bronze weathervane that would have been placed atop the mast of a longship. The weathervane shows Viking Age Scandinavian motifs and was likely made somewhere in Sweden.

A crucial part of the Viking Age was trading, and part of the trade was currency. Most people are familiar with the more popular artifacts of Viking Age trade, such as Arabic coins, hack silver, and buried hordes. Wealth, however, had to be measured, and like other civilizations of the time, precious metals held their value by their weight. Pictured is a scale (without its plates) used to weight silver and gold.

A Viking Age scale (without its plates) used to weight silver and gold. Photo credit: The Swedish History Museum.

Making clothes meant utilizing the various tools of the textile industry. Scissors were essential to cut fabric and to work over a variety of materials. Pictured are scissors found in Sweden and displayed at the recent exhibit at the Chateau des Ducs de Bretagne in Nantes.

Grooming was paramount to Viking Age Scandinavians, and among all the things they used for personal care – combs, brushes, scissors, etc. – they also had tweezers for plucking unwanted hair and ear scoops to clean their ears. Pictured is a personal care display featuring many items from the Viking Age, including a pair of tweezers that are similar to those we use today (lower left), an ear scoop (lower right), and a few other items you might expect, such as a bronze bowl, combs, a brooch, and a makeup container.