How Did the Vikings Wear Their Hair? 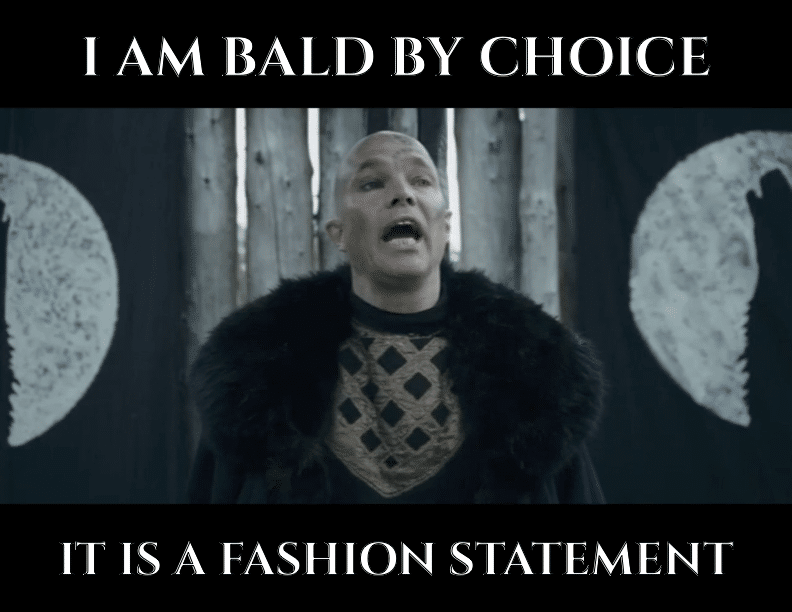 Few images haunt the imaginations of schoolchildren more than the discovery in their history books of the Vikings’ mysterious longships, with carved dragon heads mounted on their prows, emerging from a morning fog on a desolate coast or river to prey on a still-sleeping village. The popular portrayal of the men aboard these ships harkens to a more primal likeness of humanity, one in which weather-beaten marauders with long, flowing locks of unkempt hair and immensely dense beards unleashed unimaginable ferocity on their victims for no greater purpose than to enrich themselves and to satisfy their carnal desires.

Modern revisions to Viking history have painted a starkly different picture of what life may have been like for Scandinavians during the Viking Age to the image popular culture has retained. We have since learned that they were cleanliness-oriented, bathed weekly, and paid particular attention to their appearance. We know that women decorated their clothes with colorful beads, jewelry, brooches, and hairpins, among other personal accouterments. The men groomed their hair and beards daily and may have worn eyeshadow. With all of this new information available to us, the question stands: how did the Vikings wear their hair?

Contrary to popular belief, long hair and a thick beard were not universal among those who betook themselves a-Viking. Long hair was a hazard during combat and challenging to keep clean during long sea voyages. Some historians have noted that short hair may have been reserved for slaves (more on that below). However, there is evidence to show that styles varied considerably among free individuals. Notable figures, some of them kings, chose to cut their hair short. Evidence from the archeological record, including statues, statuettes, and picture stones, shows men with various hairstyles. It appears that, precisely as it is today, hairstyles were likely a form of self-expression.

What is most important to understand is that the Viking Age lasted for over three centuries. In that time, fashion and hairstyles changed. Early in the Viking Age, the evidence does point to long hair and thick beards as the popular style. As time progressed, hairdos evolved, along with numerous other parts of Scandinavian culture.

The evidence for early hairstyles points to variety. For example, the Tängelgårda stone (pictured below) depicts men with long hair and beards. Taking a closer look, a man on the lefthand side, below the horse, appears not to have long hair and is presumably a slave (although his actual status remains unclear).

The Stora Hammers Stone (pictured below), one of the most famous relics of the Viking Age, also depicts different hairstyles. Some have long hair and beards, others short, and for others, it is unclear. Damage to the stone has obscured some of what we can see.

A head carving from the Oseberg Ship Burial (pictured below), dating to the mid-9th Century, shows a man with a well-trimmed beard and a well-fitting coif, indicating that, for that man at least, long hair and a free-flowing beard were not his first choice.

Below is a silver coin from Ireland depicting king Sihtric of Dublin, a notorious Viking who, on the coin, neither has long hair nor a beard. Oddly, Sihtric carried the name “Silk-Beard,” indicating he had, at one time, worn a well-kept beard but changed his style later in life (this assumes the nickname was a commentary on his beard, and not, as often was the case, a play on words).

By the end of the Viking Age, the Christianization of Scandinavia lead to the imposition of rules around vanity. These rules may have contributed to the end of the varieties of hairdos among Scandinavians (for a while). Shifts in the Vikings’ military organization may have also played a role. The Bayeux Tapestry shows us that military men during this period wore short hair, particularly in the back (pictured below), without much variety.

How did the Vikings Wear Their Hair?

How did the Vikings wear their hair? The evidence points to a culture that allowed self-expression. Styles appear to have varied over time and across geographic regions. However, due to the sparseness of the evidence, we cannot say much more than that. Some had long flowing hair and beards. Others had short hair and shaved faces. Others still had all manner of varieties in between.