A Boat Within a Boat? A New Viking Age Burial Has Archeologists Scratching Their Heads 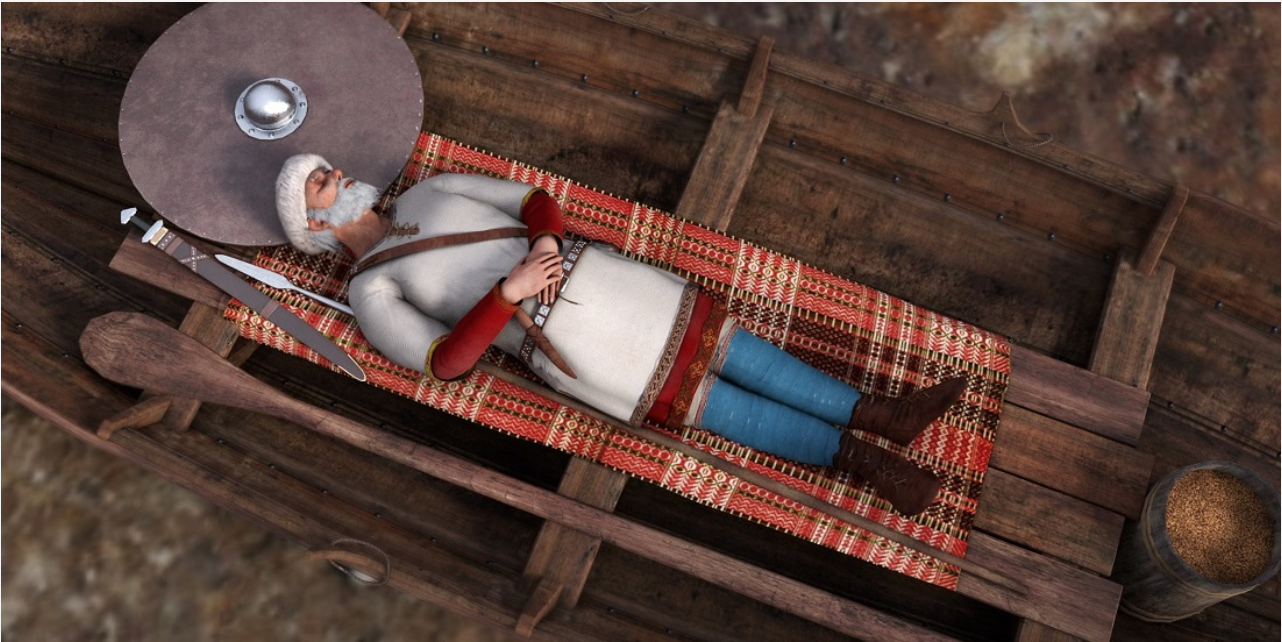 Archeologists from the Norwegian Institute of Arts and Sciences have discovered a curious Viking Age burial containing two ships interred more than one hundred years apart. According to the team working at the site of the discovery, it appears a woman of high social status died on a farm between the years 850 and 900. Today, the farm is known as ‘Skeiet’ in Vinjeøra, located southwest of the Trøndelag region in Norway. The woman’s clothes matched what one would expect from a high-ranking woman, with gold-plated bronze brooches and a decorated harness buckle likely made in Ireland.

At first glance, the burial appeared perfectly ordinary when compared with other Viking Age burials. The woman received offerings to accompany her on her journey to the afterlife, including a pearl necklace, scissors, a spinning wheel, and even a cow’s head. But what was discovered next turned the entire project on its head. Archeologists found the woman’s burial nestled within an older, pre-existing grave. Think Russian dolls, but with Viking ships. The older grave had contained a man, ostensibly a warrior, interred with his weapons.

“I had heard of burials with several pits, but never a boat buried within another boat,” said archeologist Raymond Sauvage. “Since then, I learned that in the 1950s, several sites with double-hulled boats in Kaupang and Tjølling contained similar finds in the Vestfold, but we can still say that it is an uncommon phenomenon.”

Who were the man and the woman, and why were they buried together? What does a double-hulled burial signify, or what did it mean to the people who built it? The team working on the project are hoping DNA analyses on the two skeletons will reveal some clues. Their efforts are not without challenges: the bones of both individuals may have decayed beyond the point where they could provide usable DNA. Says Archeologist Raymond Sauvage, “Let’s hope that it will be possible to extract the DNA from the skull, which will give us more information.”

The cross-shaped jewelry found in the woman’s grave gives us a good idea of who she was and the community to which she belonged. “We see from both the ornamentation and the design that the brooch likely came from Ireland and that it was once part of a harness,” says Aina Heen Pettersen, a researcher at the Department of Historical Studies of the NTNU. “It was common for the Vikings to detach such decorative accessories from harnesses and reuse them as costume jewelry.”

Archaeologists generally find such items in burial sites belonging to those who participated in or helped organize expeditions abroad. The woman buried at this site either traveled with or had a strong connection to those who left home to trade and to rove. Since these long journeys formed a central component of Nordic society at that time, any participation in this significant activity not only enabled them to acquire material goods but also contributed to raising their social status and that of their family.

Further research into the mystery of why one ship was buried within another is planned for the coming years. For now, the enigma endures.