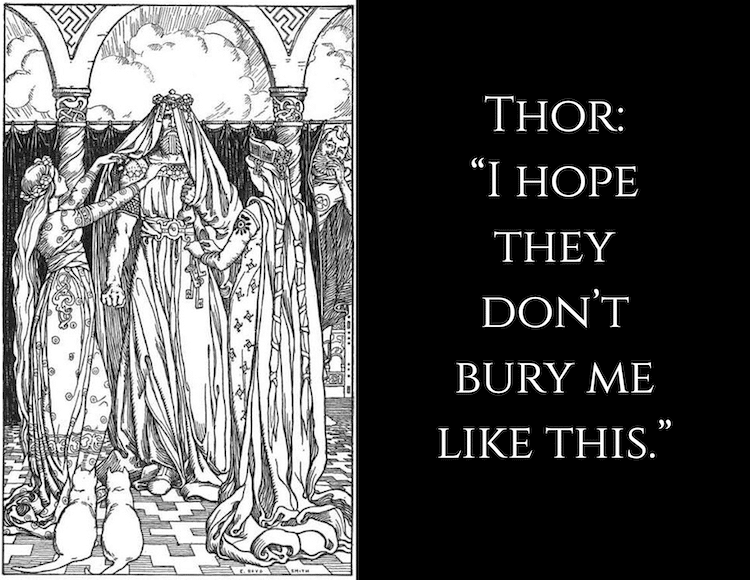 If you thought the discovery of a female Viking warrior a few years ago was controversial, wait until you hear about the gender non-binary warrior from Finland. An individual presumed to be a Viking Age Finnish warrior discovered more than 50 years ago in Suontaka, Finland, recently underwent new genetic tests to solve the decades-long mystery of why he was buried in women’s clothes. The tests revealed the individual had a rare genetic condition called Klinefelter’s syndrome. In Klinefelter’s syndrome, men have an extra X chromosome, sometimes giving them female physical features. Given the test results, the fact that the grave contained both female clothing and a warrior’s weapons, and the fact that the person buried must have held an important position in the community (such graves were reserved for the elite), the study authors have suggested the individual in questions may have been gender non-binary and accepted as such in their community.

A grave that raised eyebrows from the start

The 1969 excavation of Suontaka uncovered a number of fascinating finds, including the now-famous bronze-hilted sword thought to have belonged to the person interred in the tomb. Archeologists also found a ring sword with silver inlays, a sheathed hunting knife, and a sickle placed on the body’s chest, objects indicative of a man’s grave. What caused them to scratch their heads was the additional discovery of a small penannular brooch, two oval-shaped turtle brooches with strands of woolen fabric, and a double-spiral chain, objects indicative of a woman’s style of dress.

The unusual combination of grave goods led archeologist Oiva Keskitalo to propose the grave had belonged to two people—a couple—rather than a single person. Keskitalo admitted the idea had a significant problem because the tomb had room enough for a single body. For lack of a better hypothesis, the double-grave idea stuck in academia. Still, detractors in the field asserted the tomb had contained a single body. Given the women’s clothing discovered therein, the tomb proved to many that women might have fought as warriors during the Viking Age.

A new Finnish study published on July 15, 2021, at Cambridge University Press has challenged both ideas.

Tests reveal the Suontaka Warrior may have had Klinefelter’s Syndrome.

While most of the individual’s body had decomposed, archeologists did recover two small pieces of hip bone that they preserved for later study. A new group from Finland has put the bones to the test to determine the Suontaka warrior’s gender. What they found has created quite a stir in the academic community. The DNA tests, carried out in the archaeogenetic laboratory of the Max Planck Institute in Germany, revealed the individual buried in the Suontaka tomb might have had a rare chromosomal condition called Klinefelter’s Syndrome.

Each cell typically contains a pair of sex chromosomes—XX for women and XY for men—which determine a person’s sex. In Klinefelter’s Syndrome, men are born with an additional X chromosome. Most of the time, symptoms of the syndrome are so subtle that affected individuals do not know they are affected. In others, prominent feminine features such as gynecomastia (development of female breast tissue) and hairlessness develop. Affected individuals can also exhibit hypospadias (malformation of the penis), atrophy of one or both testicles, and delayed puberty.

“Based on current data, it is likely that the individual found in Suontaka had XXY chromosomes, although the DNA results are based on a minimal data set,” said Elina Salmela, post-doctoral fellow at the University of Helsinki and co-author of the new study.

The study authors suggest the Suontaka Warrior may have been gender non-binary.

Given the mixed grave finds in the Suontaka’s tomb and the finding that the individual interred there was anatomically male but suffering from Klinefelter syndrome, the study authors have proposed the Suontaka Warrior may have been gender non-binary. Moreover, that the individual received such an elaborate burial denotes a person of importance within the community. Not only was this person potentially gender fluid, but they appear to have been accepted for it. The idea flies in the face of historical evidence that Viking Age Scandinavians were intolerant of people who did not fit the gender-role mold.

“If the features of Klinefelter syndrome had been evident on the person, they might not have been considered strictly female or male in the community. The abundant collection of objects buried in the grave is proof that the person was not only accepted but also valued and respected,” said Ulla Moilanen, a co-author of the study.

Because swords and jewelry cost a considerable amount of money, the authors agree that: “The individual may have been a respected member of the community because of his physical and psychological differences from other members of the community; but it is also possible that the individual was accepted as a non-binary person because he or she already had a distinctive character or obtained a position in the community for other reasons; for example, by belonging to a relatively wealthy and influential family.”

My take on the study’s findings

Like what we saw with the woman warrior’s grave in Birka, I see tremendous potential for the findings of this latest study out of Finland to appeal to modern audiences for modern cultural reasons. Claiming that the Suontaka Warrior may have been non-binary is a bold statement and incredibly biased toward our modern cultural lens. Of course, bias is inevitable. However, we must proceed with caution when making claims that so obviously cater to current cultural issues—in this case, gender issues.

Calling the individual gender non-binary or gender-fluid risks conflating the findings into something they are not. Was the individual considered non-binary (a term and concept that did not exist at the time), or just a man better in touch with his feminine side? Until a broader breadth of historians can examine the findings and interpret them within the broader historical context, we should be careful to avoid too much speculation.

The findings of the study are intrinsically fascinating. While the study authors admit their test samples were too small to make an absolute conclusion, their methodology was on point, so I believe it is fair to say primarily conclusive. It is a unique find that may help broaden historians’ perspectives on gender and social roles within Viking Age Scandinavian society. Now that the study has been published, it is up to leading historians in the field to work out the actual implications of the findings. That will take time, and until then, we should treat the study as it is: an exciting discovery with implications that are not yet fully known.

Read more about the study at the following links: