Did the Vikings Wear Helmets? 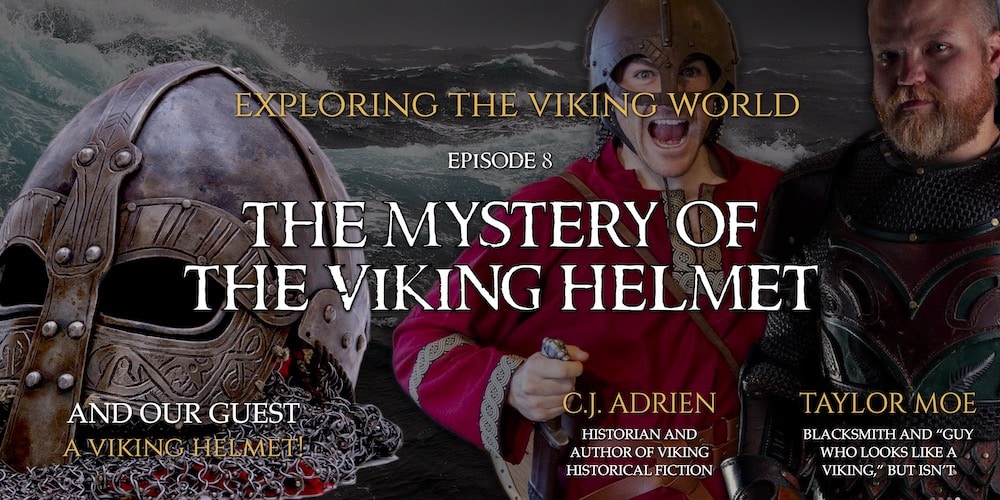 It is a well-established fact among historians and archeologists that the Vikings did not wear horns on their helmets. There is no consensus, however, in regards to whether they wore helmets at all. A curious gap in the archeological record has led to a frustrating controversy in academia and reenactment circles alike. Until 2009, only one Viking Age helmet had ever been found, whereas archeologists have discovered countless swords, axes, shield bosses, and even ships. That so few helmets have ever been found begs the question: did the Vikings wear helmets? If they did, what happened to them all?

The argument against Viking helmets:

To date, archeologists have only recovered one Viking Age helmet in Scandinavia (pictured below). It dates to the 9th century and is named the Gjerbundu helmet. It is the most popular style of helmet reproduced for historical reenactment, and for good reason—it has no real competitors. Other items such as swords, axes, various articles of clothing, ships, and even maille have been more commonly found in Viking Age burials and dig sites, which has led many to question whether helmets were ever commonly worn by the warrior class of the time. 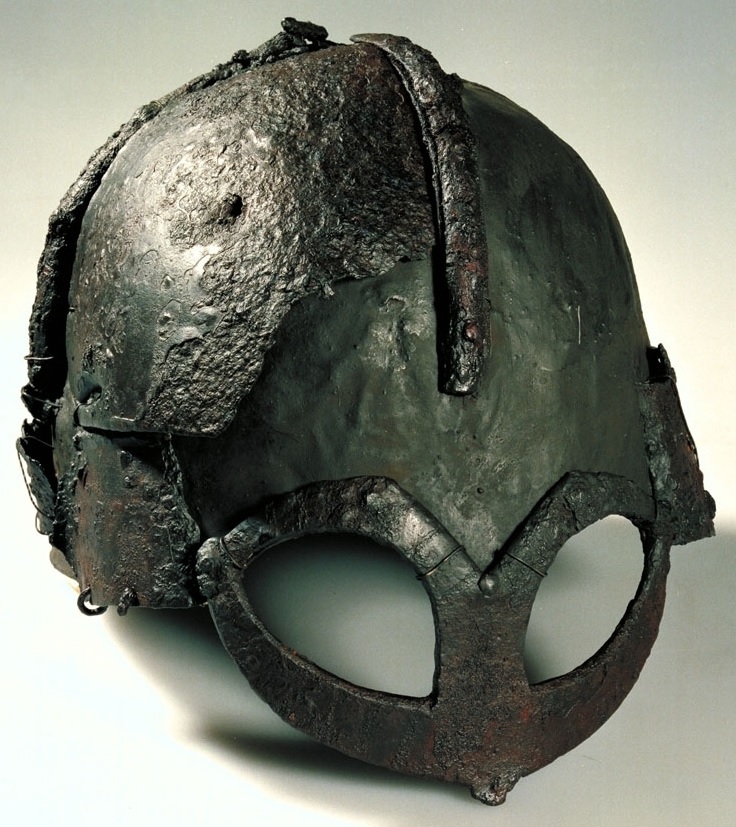 In 2009, a mass grave in Weymouth, England thought to contain the remains of a massacred Viking army was advertised by the museum that put together the collection as having revealed a well-preserved helmet with an eyepiece uncharacteristic of Anglo-Saxon headgear. While the helmet has made the rounds on the internet as evidence of another example of a Viking helmet found in England, it turns out the helmet was a fabrication to put a jawbone into context. So, the only other Viking helmet ever found is a fake.

In the last few decades, a spattering of helmet fragments have been found, but they are too incomplete to be helpful in the discussion. Some will argue that helmets were re-smelted and reused for other things, which might explain their rarity. This argument holds little merit considering the metal from many other commonly found metal artifacts would make for much easier repurposing, but we still find plenty of those in the ground. The fact that helmets are such a rare find is a strong indication that, at the very least, iron helmets were not commonly made or utilized. Until more artifacts are found, the presumption should be that Viking Age Scandinavians did not commonly wear helmets.

The argument for Viking helmets:

The lack of archeological specimens of helmets does not necessarily indicate that they were not commonly used. Metal was in high demand in the Viking Age, and even more so later in the medieval period. Quality metals, such as those found in helmets, may have been melted down, refined, and repurposed, which may help to explain the lack of helmets in the archeological record.

There is evidence in the historical record, such as in the representation of a Viking attack on Guérande in the Miracles of St. Aubin (pictured below), that the Norsemen did wear helmets. Helmets are also mentioned in the sagas as being important and valuable possessions for warriors.

A couple of picture stones from the Viking Age also appear to show warriors in helmets. The Stora Hammars Stone in particular represents men with conical heads, which many believe to show helmets.

We also know that helmets were commonly used in Scandinavia before the Viking Age.  Archeologists have found several helmets from the Vendel period in Sweden, around the 6th century, which bear a striking resemblance to the Sutton Hoo helmet dated to the same period. It is unlikely that Scandinavians of the Viking Age would have regressed so far as to give up on helmets. The technology was there and coupled with the artifacts we do have, and the historical and hagiographic record, we can say that the Vikings, at least the wealthy ones, did wear helmets.

There is not enough information to give a definitive answer. A lack of helmets in the archeological record poses a particularly perplexing argumentative problem because it neither proves nor disproves the widespread use of helmets by the Vikings. Those who argue against the widespread use of helmets will never be able to prove they weren’t used. This problem is further compounded by artistic representations by chroniclers from the time whose artwork may or may not be accurate. Short of a lucky find of a mass grave containing numerous helmet-clad warriors, we may never know for sure. Thus, for now, all we can really say is that we don’t know, but one person in Gjerbundu, Norway, at least, wore a helmet!