A Silver Ring from the Viking Age Discovered in the Netherlands 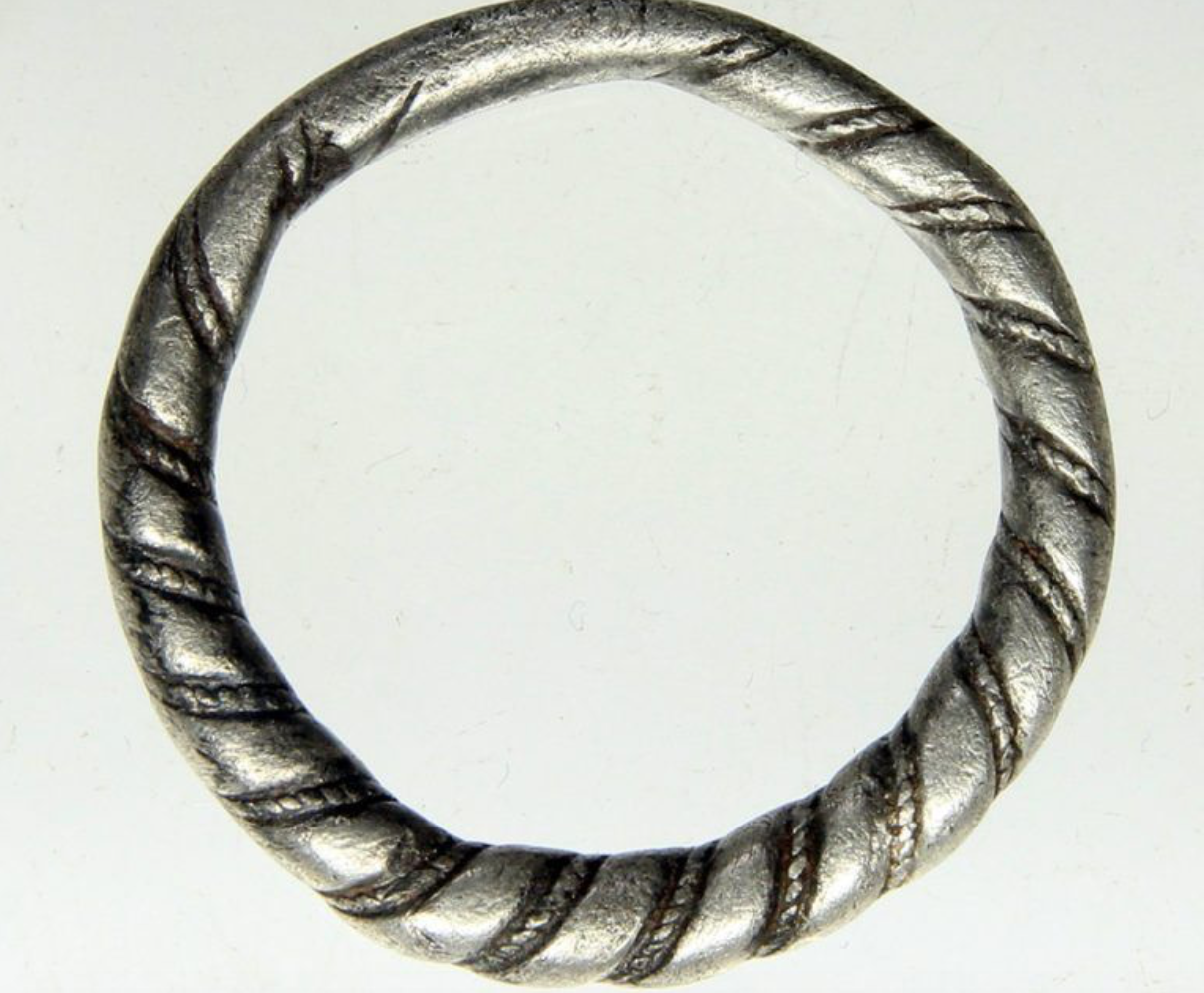 The National Museum of Antiquities of the Netherlands has added a recently found silver ring to its medieval collection. Dated to the mid-10th century, museum curators believe the new find was worn as a pendant, indicated by wear marks on the inside edge of the ring. The ring was found in a cornfield near Hoogwoud, in Holland.

The silver was found on Christmas Day, 2019 by a man with a metal detector in a cornfield. He later alerted The National Museum of Antiquities of the Netherlands, who bought the ring from him. The Viking ring from Hoogwoud has become part of the National Collection, and further research on its origins is in the works. Finds from the tenth and eleventh centuries are quite rare in the Netherlands. The Rijksmuseum van Oudheden is preparing an exhibition about the period, where the ring will be on display in a few years.

A ring with a thin filigree

The ring was likely forged from a single bar of silver finely crafted to resemble a braid. A filigree thread runs through the entire band, making it look as if the silver is braided. With a diameter of twenty-five millimeters, the ring is too large to be worn on a finger. More likely, it is a miniature version of the famed arm rings known to have been popular in Viking Age Scandinavia.

Silver ring found in the Netherlands. Photo courtesy of The Dutch National Museum of Antiquities.

Viking Rings in the Netherlands

From the ninth century onward, the north of Holland, then called Frisia, was a base for Vikings from Scandinavia who launched raids on cities further inland. A Viking probably lost the jewel during his stay in the area. Similar silver rings have been found in the Netherlands before. The new ring is very similar to a gold Viking ring that was found in Friesland and is part of the collection of the Frisian Museum.

Discovery originally covered by The Dutch National Museum of Antiquities.